Is Morality Relevant to Politics?

John Gray on ‘Progressivism’ and Why Labour Lost

This article is on 3 pages, and you can go to the next page you want by clicking on the relevant  number at the bottom of each page. 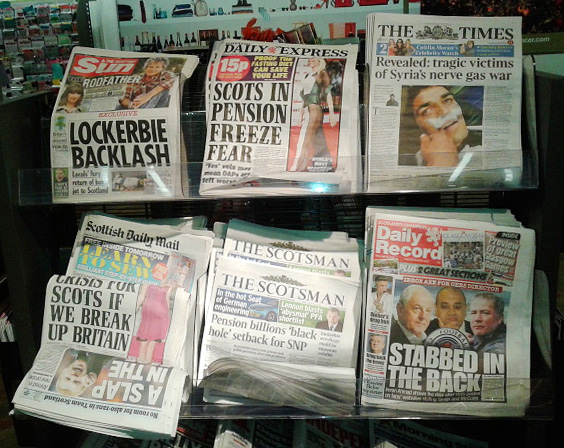 The report of the Leveson inquiry into the Culture, Practice and Ethics of the Press is expected to be delivered next week. I am publishing here a fuller version of my article that was previously published on LabourList. I was interested to note a report on the BBC News this evening on the Danish Press Council, which operates on a statutory basis and in a way not dissimilar to my suggestions here.

Introduction – The Press: Free for Whom and Free from What?

Press regulation as self-regulation is no longer, if it ever was, acceptable. It has utterly failed to prevent harm, to deal with the consequences of harm, and most importantly, failed to give us the high quality information and varied interpretation of current events and processes for which a ‘free press’ is valued. There is strong evidence for this in observing some extraordinary misapprehension of facts about our society.

As reported by a Cabinet Office briefing in 2000, when questioned people estimated on average that 26% of the population belonged to an ethnic minority. The real figure then was 7.1%. They thought on average that 20% of the population were immigrants. The figure at that time was just 4%, although it has now increased following EU expansion. A recent YouGov survey conducted for the Fabian Society found that people systematically overestimate government spending on unemployment benefit and the police by a factor of eight, housing benefit and child benefit by a factor of three, and sickness and disability benefits and defence by a factor of two. Yet when it comes to those parts of public expenditure where direct experience is common, such as the NHS, education and state pensions, the average estimate is reasonably close to the reality. Whatever our preferences, if we aren’t getting accurate information we cannot collectively make good decisions on important matters. As Lord Judge, the Lord Chief Justice, has pointed out

‘[T]he liberty of the press…is the right of the community as a whole. It is…our right, the right of every citizen.’

And of course this is recognised by free speech protections in the Universal Declaration of Human Rights, the European Convention on Human Rights (ECHR), the United States Constitution and elsewhere. Its basis is in the right of the individual (including the journalist) to fulfil him or herself, and to criticise government and other collective institutions. To listen to newspaper proprietors and journalists one might think that the ‘speech’ of the press was the free, honest and heartfelt expression of knowledge and opinion given to us only to further our well-being. But the press, as their own representatives acknowledge, is not just a voice, but an industry. The primary aim of participants in an industry is to increase or at least maintain revenue. The voice of the press, as industry, may often be subordinate to that imperative.

A truly free press belongs not to the media ‘industry’, but to the people, whose ‘public interest’ it serves. Press regulation must engage with the press and be informed by the experience of journalists, but ultimately regulation of the press by the press is no regulation at all.

The Corporate Media and ‘Dual Competition’

Non-neoclassical economists recognise a natural tendency toward monopoly in most industries – profit is typically used to increase market share where possible, further increasing profit. An industry with its promotion in its own hands has a dual route to expansion: as its voice grows so does the financial power to turn up the volume. This is not to say that there is not competition among the press for readers and audience, but that competition is likely to be constrained to channels that do not decrease the overall revenue growth of the industry or the revenue growth of businesses with which media outlets are associated. The importance of advertising for the vast majority of them means there is an inevitably close link between the press as a whole and corporate capitalism as a whole, beyond the fact that most media organisations are themselves (albeit not always successfully) capitalist corporations.

The end result of competition through the dual route described is the sort of dominance that News International would undoubtedly have gained were it not for OfCOM intervention and their own corporate stupidity. That the latter finally felled their efforts does not seem an adequate argument for allowing the market to ‘let rip’. This is for the simple reason that the harm done before the market (following Parliamentary intervention) took its toll was immense, not just to those directly traduced, but also to the idea of valuable, responsible journalism. That idea cannot be reclaimed by a regulatory system remaining within the orbit of corporate journalism, without any apparent attractor towards ‘the community as a whole’.